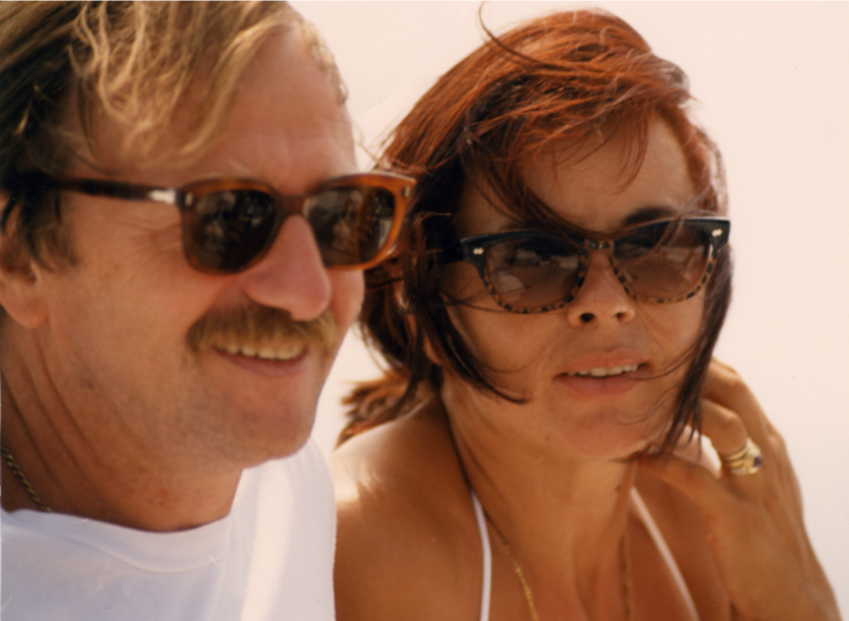 GB Music is the historic label of the author and producer Giancarlo Bigazzi, who died in 2012, for over 50 years on the Italian music scene.

Giancarlo was a versatile producer for many skills: direct, selective in the choice of words included in the melodies he composed as well as by other authors with whom he collaborated; incorruptible mentor and talent scout who often valued the skills of young singers, in many cases up to their success: Massimo Ranieri, Marco Masini and many others...

Available to listen with a sensitive musical ear and a capacity for synthesis and the intuition to find the words sometimes biting good (like "Vaffanculo" for the song by Marco Masini or "Pensa" in the case of Fabrizio Moro) his "flashes" and perseverance have often given originality to the songs of artists he has launched.

The word Malinconoia (from the song by Masini) has even become a neologism in the Vocabulary of the Italian language.

Among the prerogatives of Giancarlo there was certainly the curiosity and the reflection on social events, as in the case of the song "Si puň dare di piů" sung by Tozzi, Morandi e Ruggeri (and mentioned by Pope John Paul II during an Angelus) who already at the end of the 1980s referred to the phenomenon of immigration, along the same lines as "Gli altri siamo noi", a piece more than ever topical.

His love for music made him a "master of feeling" and a poet of feeling, building around him a real dialogue made of sensations and desires, which resulted in the composition of a melody or a text. Witness those musicians (from Greg Mathieson to Marco Falagiani to name a few) who were able to live his passion and his talent.

The figure of Giancarlo Bigazzi is a guide who travels through time.

Today the road taken by Giancarlo is carried on by his son Giovanni, record producer and coordinator of visual content and by his wife Gianna, president.

GB Music uses a staff of collaborators, both experienced and younger, depending on the production projects, regarding the technical work in the studio, the images, the communication profile and the use of social networks.

It is a question of enhancing the repertoire of Maestro Bigazzi through artistic research, where the execution of his pieces and the value of memory are not a tribute to an end in itself, to give his work a contemporary projection, in revisiting the many songs that have left their mark over many generations.

Giancarlo's work intended as a "timeless" renewable energy; an always fertile ground for the discovery of new talents and ideas to be molded to become new songs or soundtracks.

Even before a job, music is first of all passion, a form of art that has the means to give a message or in any case to create involvement in the listeners.

GB looks at content, at young artists who have ideas to propose and who are willing to question themselves, where the work moves with attention to the Search for sounds and words, trying to enhance talent without upsetting the artistic personality.

The intent of GB Music is therefore to grow as a cultural platform, also in the creation of events starting from music that, in its development, interacts with poetry, figurative art, videos. GB Music wants to be ensured that music can become an interactive vehicle between various forms of expression.

To create notoriety and sell what is produced attention must be paid to commercial and media criteria, which have definitely changed compared to when, in addition to television, the sale of records was the first vehicle for success. The dimension of live shows is essential to spread the songs and give visibility to the artists, today more than ever.

There are different sales channels, even in digital platforms, but the means and criteria for working "on site" on an artist or on a song didn't change, passion and perseverance are fundamental elements, where it is believed to undertake a challenge, never easy but certainly fascinating. In any collaboration the motivation to question oneself is fundamental, working on a piece by doing and undoing to find the most convincing solution, through the various phases: listening, the structure of the piece, the choice of sounds for the arrangement and at the same time singing and interpretation.

For GB Music, the dimension of the "home-made studio" is fundamental to give the first impression to the song, to create the audition with the possibility of managing time without conditionings, working in absolute freedom. If the product convinces and there is a project, then we move on to the final stages of mixing and mastering, making use of external studies.